A recent study by the Pew Research Center’s Internet and American Life Project shows the connection between smartphones and donations to charitable causes. The results are surprising.

Usually, the decision to contribute to a cause is made with thought and research. This study, which looked at donations made after the 2010 earthquake in Haiti, shows that donations made via cell phone didn’t follow suite. Instead, these donations were often spontaneous and, it’s theorized, triggered by tragic images presented after the natural disaster. 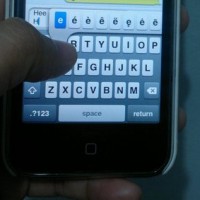 The study also showed that most of these donors didn’t monitor ongoing reconstruction efforts in Haiti, but a majority did contribute to other text-based recovery efforts for events like the 2011 earthquake and tsunami in Japan and the 2010 BP oil spill in the Gulf of Mexico.

What do these results mean for organizations like those in the California ReLeaf Network? While we may not have images as compelling as those from Haiti or Japan, when given a quick and easy way to do it, people will impulse donate with their heartstrings. Text-to-donate campaigns can be used at events where people are swept up in the moment, but may not have their check books handy. According to the study, 43% of text donors followed their donation by encouraging their friends or family to give as well, so catching people at the right time can also increase your organization’s reach.

Don’t ditch your traditional methods just yet, but don’t discount the ability of technology to reach a new-to-you audience.