MLK Day of Service: An Opportunity for Environmental Justice

On this year’s Dr. Martin Luther King Jr. Day of Service (MLK DOS), we helped Urban Releaf plant trees on G Street in East Oakland. This is where we’ve been doing a lot of work the past few months. The area needs a lot of help; it’s one of the worst blocks in the city in terms of blight and illegal dumping. And as you might expect, its tree canopy is minimal. We wanted to have our MLK DOS event, which we’ve been doing for the past seven years, here, because this is a day which always brings out a lot of volunteers, and not only did we want the volunteers to bring their positive energy to this neighborhood, we wanted them to see that it’s possible to transform an area nobody cares about, to bring some support to help the community.

That is what the MLK DOS is all about: making the world a better place through direct action. Here at Urban Releaf, we do environmental work in places we would like to see become clean, respected communities. Our volunteers are black, white, Asian, Latino, young, old, from all kinds of class and economic backgrounds, working to improve an area which is mainly home to low-income people of color. So right there, you can see MLK’s dream in action. Like the Freedom Riders who traveled the Deep South to advance the cause of civil rights, this tree-planting event brings people together with a desire to simply help the common good. That’s the America which Dr. King envisioned. He didn’t get there to see it, as we know, but we are making that vision reality, block by block and tree by tree. 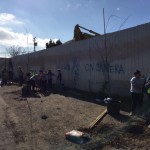 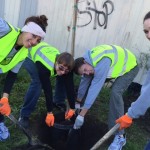 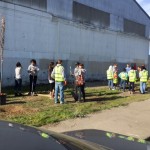 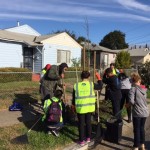 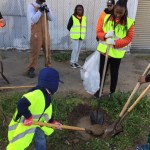 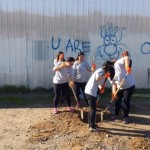 In many ways, environmental justice is the new civil rights movement. Or rather, it’s an outgrowth of what the civil rights movement encompassed. How can we have social equality when people are living in polluted communities? Doesn’t everyone have the right to clean air and clean water? Having green trees on your block shouldn’t be something reserved for the white and the wealthy.

Dr. King’s legacy was to rally people and resources around doing what is right. He didn’t just fight for the African-American community, he fought for justice for all communities, for a measure of equality. He didn’t fight for just one cause. He fought for civil rights, labor rights, women’s issues, unemployment, workforce development, economic empowerment, and justice for all. Had he been alive today, there is little doubt he would have been an ardent champion of the environment, especially in the inner-city areas where Urban Releaf does the majority of its program work.

In MLK’s day, they had to contend with overt racism, through discriminatory Jim Crow laws. His struggle resulted in the passage of landmark legislation like the Voting Rights Act and the Civil Rights Act. Once those laws were on the books, there was a mandate not to discriminate, to create an equal society. That became a starting point for the social justice movement.

In California, we have a similar mandate for environmental justice, through bills like SB535, which directed resources toward disadvantaged communities suffering from environmental pollution. This upholds King’s legacy of social justice and also economic justice, because without those resources, environmental discrimination against communities of color and low-income people would continue. It’s a kind of de facto segregation which is not all that different from having to use a different water fountain, or eat at a different restaurant.

In Oakland, we are talking about 25 census tracts which have been identified as among the worst in the state for environmental pollution by California’s EPA.  These census tracts are disproportionate in terms of race and ethnicity—an indicator that environmental issues are civil rights issues. 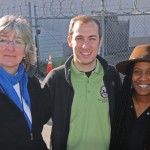 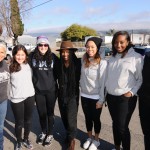 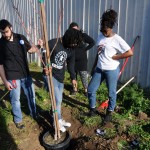 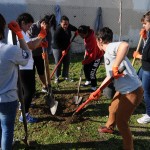 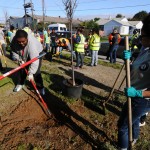 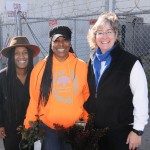 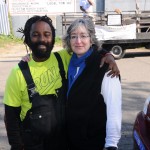 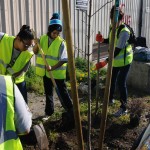 The meaning of MLK DOS is more than a speech, more than the principle of upholding people by the content of their character. It’s a commitment to look at what is wrong or unequal in society and make a change for the better. It’s crazy to think that planting trees can be a symbol of equality and positive social change, and be a continuation of the works of this great man, isn’t it? But the results speak for themselves. If you truly care about civil rights, about human rights, you care about the environmental conditions in which humans live. This is the mountaintop, the plateau that Dr. King referenced. It’s a place of compassion and concern for others. And it starts with the environment.

See even more photos of the event on Urban ReLeaf’s G+ page.

Urban Releaf is a member of the California ReLeaf Network. They work in Oakland, California.