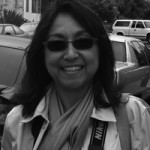 California ReLeaf is a crucial component of a federally mandated State program that requires a support system for nonprofit and community grassroots efforts. It maintains and manages the outreach and volunteer component of this statewide program.

I think it would have to be my first network meeting, which was in Santa Cruz. This meeting was well attended and in a location that didn’t distract from the focus of the event but rather enhanced it. The Atascadero meeting was similar.

While the current drive of ReLeaf has been toward lobbying and establishing alternative funding sources, I still see its need in California communities. As funding becomes more secure and diversified, maybe ReLeaf can find a balance. I see the need for mentoring more Urban Forestry nonprofits, especially to underserved communities. ReLeaf can take advantage of the great Network that’s been created over the years to expand and serve other parts of the State. The networks groups should have a greater role in expanding the work of ReLeaf.