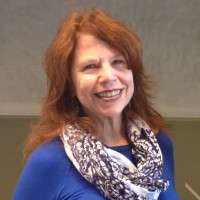 I worked as staff for California ReLeaf from 1989 – 1991 in San Francisco. In 1991, I began work in San Jose to start an urban forest nonprofit. Our City Forest incorporated as a nonprofit in 1994. We are a founding Network member and I served a term on the ReLeaf advisory committee in the 1990’s.

First is my earliest memory of ReLeaf. I remember watching Isabel Wade, the founding director of California ReLeaf, plead her case as she tried to explain herself and the importance of trees to others. The passion she had as she spoke on behalf of trees was inspiring to me. She fearlessly took on the challenge of advocating for trees.

My second memory is the ReLeaf statewide meeting that took place at Santa Clara University. I was able to lead a Tree Tour and share with other ReLeaf Network groups the work of Our City Forest. And this was back when we didn’t even own a truck yet.

Finally, there is the American Recovery and Reinvestment Act (ARRA) grant. When we received the call from ReLeaf that Our City Forest was selected to be a part of the Recovery grant, that was such a shock. Nothing could really top that feeling. It arrived at a time when we were wondering how we were going to survive. It was our first multi-year grant and it was definitely our largest grant. It was the best thing that could have happened to us. It was beautiful.

For me, this is a no brainer. There has to be a statewide organization dedicated to nonprofits that work in urban forestry. California ReLeaf provides meaningful, proactive, and comprehensive urban forestry programming throughout the state.