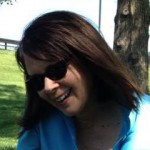 I’ve been involved since the start in some capacity. Formerly, I represented People for Trees from San Diego, which began the same year as ReLeaf, 1989, and was a founding member. Around that time I served shortly on the Advisory Board. Then I worked for the City of San Diego’s Community Forest Advisory Board (2001-2006), which was also part of the Network. I served on the ReLeaf Board of Directors from 2005 – 2008.  Even now, with my work at CaUFC, we are Network members, and partner with ReLeaf on efforts that benefit Urban Forestry in California such as advocacy and conferences.

I’ve always had a strong belief in what California ReLeaf represents – but the camaraderie through group gatherings, the sharing and learning from each other’s experiences, and programmatic support via grants and educational opportunities stand out for me.

My best memory was a ReLeaf gathering in Mill Valley in an old house, back in the days when Chevrolet-Geo was a sponsor. We were wilder and woollier then! It was about the people and their passion for trees.

For the same reasons that make ReLeaf important to me: the camaraderie, the mentoring, and the support.