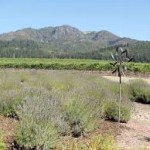 In 1990, we completed the Plant the Trail project, which was so big it caught the eye of California ReLeaf. At that time we used Friends of the Urban Forest as our mentor and fiscal agent until around 1991 when we incorporated as a stand-alone nonprofit – Sonoma County ReLeaf. Friends of the Urban Forest (FUF) and Sacramento Tree Foundation (STF) were very helpful to us. Once we became involved in the ReLeaf Network, we got help from other groups across the state. Ellen Bailey and I were so new at this and were so appreciative of how others reached out to us immediately and took us under their wings. As we got our footing, we were often asked to speak and share with other groups at the Network retreat. Besides FUF and STF, there were not many other groups up in northern California and we felt strongly about helping other Urban Forestry groups get going. We remained active in ReLeaf until we shut our doors in 2000.

I think that working for an urban forest nonprofit was the first time I really got that whole concept of think globally, act locally. Both Ellen and I came into the tree planting community from a global perspective of mitigating climate change.  But that was such a new and still controversial concept that many people didn’t get it. People understood  trees, however. It was such a simple connection to folks that you plant a tree and it shades your house and you will need less energy. They got it. Everyone loves trees and we knew that every tree planted soaked up some CO2 and reduced some energy consumption.

Two great memories come to mind: The first project that really sticks out in my mind was both big and overwhelming. This was when we decided to apply for a grant from the State Board of Education to do a tree inventory using high school students. We had buses arriving full of kids and then they were out there looking at trees, counting them, and we collected the data. This project stands out because it was so massive as far as trees and kids and because it was so overwhelming, we weren’t sure it is would work. But, it did work. And, we got teenagers to look at trees. Imagine that!

My other memory is another project we completed for the City of Santa Rosa. The City asked us to complete a planting project in a low-income neighborhood. It was an area plagued with trouble: violence, gangs, crime, and fear. It was a neighborhood where the residents were afraid to leave their homes. The idea was to try to get people to improve their neighborhood and, even more importantly, to come out and work together. The City paid for the trees and PG &E offered to put together a hotdog BBQ. Ellen and I organized the event but we had no idea if it would work at all. There we were, Ellen and I, our interns, 3 city workers, and all these trees and shovels, standing on the street at 9 AM on a bleak, cold Saturday morning. Within one hour, however, the street was packed. Neighbors were working together to plant trees, eat hotdogs and play games. It all just worked out and again showed me the power of a tree planting.

Why is it important that California ReLeaf continue its mission?

First and foremost California ReLeaf needs to continue because now, even more than ever, people need to be thinking about climate change and trees offer a valid response.  Second, ReLeaf allows people an opportunity to come together. And with so many issues facing us today,  like climate change or the state drought, it is critical that we work together.