California’s Water – Where does urban forestry fit in? 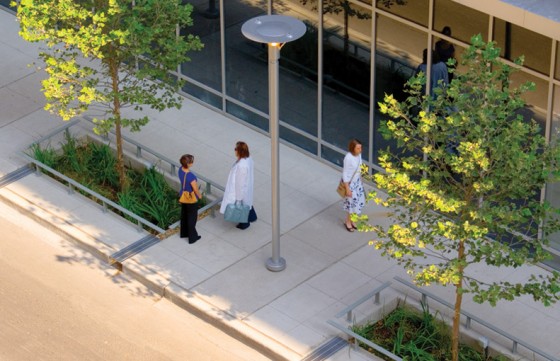 I sometimes wonder how urban forestry can create and maintain a strong and resilient presence in such large-scale state issues such as improving California’s air and water quality.  This is especially true when specific topics surface at the State Legislature such as AB 32 implementation and the 2014 water bond.

Take, for example, the latter.   Two bills amended in August seek to redefine what the next water bond will look like.  Most stakeholders agree that if it is going to garner 51% or more of the popular vote, it will not look like what is currently on the 2014 ballot.  It will be smaller in size. It will not divide the environmental community.  It will not have earmarks, the mainstay of previous bonds that allocate several billion dollars over 30 different programs.  And it will be a true “water bond.”

The obvious question for us is “where does urban forestry fit in, or can it?”

As California ReLeaf and several of our statewide partners contemplated this question in the last two weeks of the legislative session, we took the approach of “nibbling around the edges” – trying to make existing language that is not explicit to urban greening and urban forestry as strong as possible.   We made some progress, and waited to see if there would be a repeat of the 2009 story where votes were garnered in the middle of the night as the price tag rose by the billions.

Not this time.  The Legislature instead moved toward continuing an open and transparent public process, with a goal to address the issue early in the 2014 session.  We and our partners exhaled a sigh of relief, and then promptly revisited the question of whether or not there is even a role for urban forestry in this bond in light of the new approach and very water-specific focus.  The answer was “yes.”

For 35 years, the Urban Forestry Act has served California as a model for improving water quality through strategic green infrastructure support.  In fact, it is the State Legislature that declared “Maximizing the benefits of trees through multiple-objective projects that provide environmental services can provide cost-effective solutions to the needs of urban communities and local agencies, including, but not limited to, increased water supply, clean air and water, reduced energy use, flood and stormwater management, recreation, and urban revitalization” (Section 4799.07 of the Public Resources Code).  To this end, the Legislature explicitly encouraged “Developing projects or programs that use urban forests for water conservation, improving water quality, or stormwater capture” (Section 4799.12 of the Public Resources Code).

The Act goes on in several other sections to discuss pilot project for improved water quality, and the need to “implement a program in urban forestry to encourage better tree management and planting in urban areas to increase integrated, multi-benefit projects by assisting urban areas with innovative solutions to problems, including greenhouse gas emissions, public health impacts of poor air and water quality, urban heat island effect, stormwater management, water shortages, and lack of green space…”

Yesterday, we were joined by multiple partners at the State Capitol to make our intentions known to both bill authors, and members of the State Senate, that we are seeking explicit inclusion of urban forestry in the revised water bond.  California ReLeaf, along with California Urban Forest Council, California Native Plant Society, Trust for Public Land, and the California Urban Streams Partnership, testified at an informational hearing on the water bond and spoke to the tremendous value urban greening and urban forestry brings to such efforts as reducing stormwater runoff, decreasing non-point source pollution, improving groundwater recharge, and increasing water recycling.  We have specifically suggested that both bonds be amended to contain language to “restore river parkways, urban streams and greenways throughout the state, including, but not limited to, projects supported by  the Urban Streams Restoration Program established pursuant to Section 7048, the California River Parkways Act of 2004 (Chapter 3.8 (commencing with Section 5750) of Division 5 of the Public Resources Code), , and the Urban Forestry Act of 1978 (Chapter 2 (commencing with Section 4799.06) of Part 2.5 of Division 4 of the Public Resources Code).”

Working with our Network, and our statewide partners, we will continue to make this case over the next several months through a coordinated strategy of grassroots outreach and education about the connection between urban forestry and water quality.  This will be an uphill battle.  Your help will be essential.  And your support needed more than ever.

The campaign to build urban forestry into the next water bond begins now.

Chuck Mills is a Program Manager at California ReLeaf