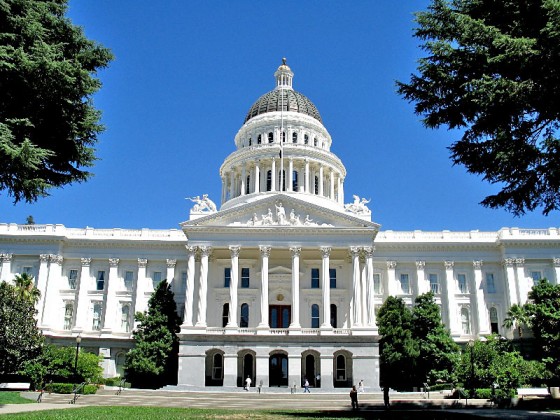 With two weeks to go in the 2012 Legislative Session, California ReLeaf discovered that a much-desired “local project funding program” was being inserted into the Cap and Trade bill package that was moving forward with great momentum.  The proposed language had much of what our network of urban forestry nonprofits would want to see (including specific mention of urban greening)… except nonprofit eligibility!  The entire community, with the exception of certified local conservation corps, was completely shut out.

The next day, in a matter of hours, the Network responded like they have rarely responded before.  Almost thirty organizations joined together on a group letter seeking nonprofit eligibility.  Groups from Eureka to San Diego flooded Assembly Speaker John Perez’ office with specific examples of why nonprofits should be equal players on this field.  By the end of the day, new language was in the bill, and nonprofits were on the playing field.

The cap and trade package took on numerous iterations over the next ten days, and it became our collective responsibility to keep nonprofits in the mix, even when pages of text were being cut from the measures.  With support for our efforts coming from The Trust for Public Land and The Nature Conservancy, though, the nonprofit language only got stronger.

By the time the final version of the flagship bill – AB 1532 (Perez) – was being voted off the Assembly Floor, language within the measure specified providing “opportunities for businesses, public agencies, nonprofits, and other community institutions to participate in and benefit from statewide efforts to reduce greenhouse gas emissions”; and “funding to reduce greenhouse gas emissions through investments in programs implemented by local and regional agencies, local and regional collaboratives, and nonprofit organizations coordinating with local governments.”

It seems small.  Two words in a ten-page bill.  But with Governor Brown’s signing of AB 1532 and SB 535 (De Leon) on September 30th, these two words guarantee that all California nonprofits will have the opportunity to compete for billions of dollars in revenue that will be used to meet the goals of AB 32 and greenhouse gas reductions.  And what better way to meet this need than by having nonprofits continuing to green our Golden State one tree at a time.